So was The New One the unluckiest horse at last year’s Cheltenham Festival? Twelve months of wondering should finally be answered at around half past three on Tuesday afternoon.

The ground the gelding surrendered when hampered by the fatal fall of Our Conor at the third flight seemed crucial at the time.

But were we all conned by the final-furlong surge that he conjured under jockey Sam Twiston-Davies to grab third place behind Jezki and My Tent Or Yours, just in front of dual winner Hurricane Fly in fourth? 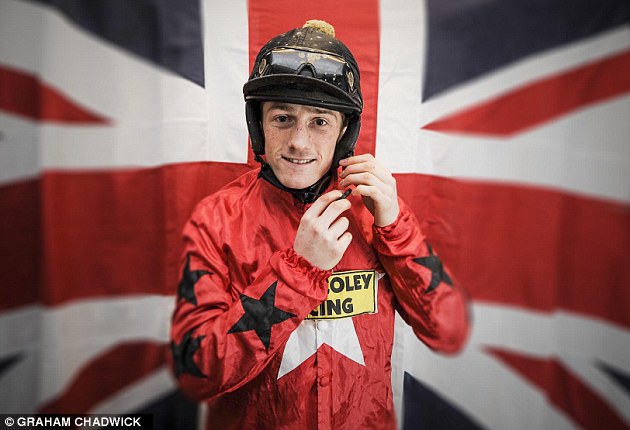 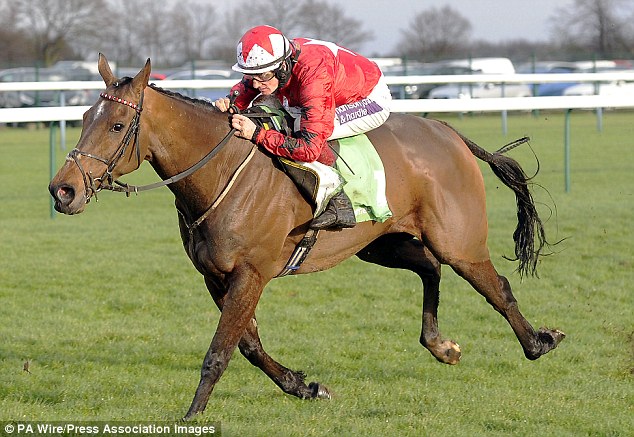 Twiston-Davies riding The New One on the way to victory in the StanJames.com Champion Hurdle Trial

Jezki and Hurricane Fly, who have traded punches all winter across the Irish Sea, are back again.

They have been joined by Hurricane Fly’s unbeaten stablemate Faugheen, christened ‘The Machine’ because of the stunning visual nature of his performances. Significantly, he is also the choice of stable jockey Ruby Walsh.

Together they make up one of the strongest ever Irish assaults on the Stan James Champion Hurdle.

Britain can muster only three runners and two of them, Bertimont and Vaniteux, are rank outsiders. With hopes resting on the shoulders of the 22-year-old Twiston-Davies and the gelding trained by his father Nigel — and with the Irish wave advancing — Sam could be forgiven if he felt like Michael Caine in the film Zulu.

However, he is totally focused on exorcising last year’s nightmare experience.

It was one which prompted an enduring image of the 2014 Festival, the crest-fallen Sam with his head in his hands.

WILL RED, WHITE AND BLUE CARRY THE DAY?

Back in 2013 Ireland outscored Great Britain by winning 14 of the 27 races, the first time in Festival history that the Irish have won the majority of the races.

Great Britain was back on top last year (15-12) but face a strong challenge this time, with five of Tuesday’s races containing favourites from across the water.

Ireland dominates the betting for the feature Champion Hurdle, with The New One an island of red, white and blue amid the green, white and orange of the main contenders. 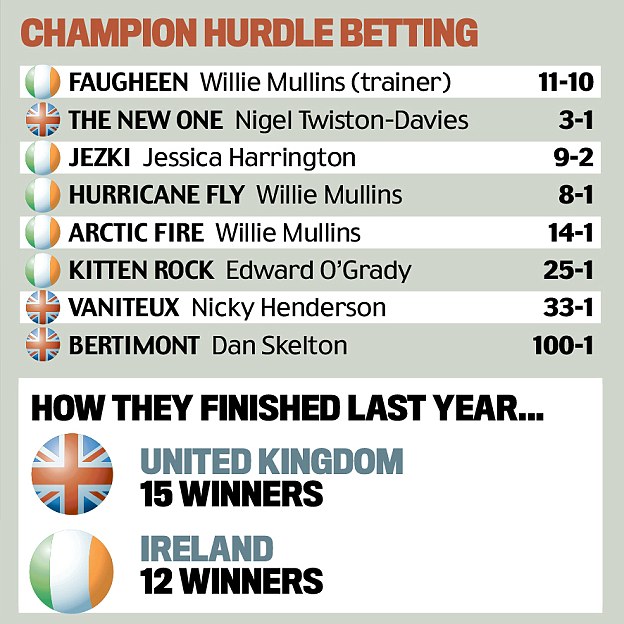 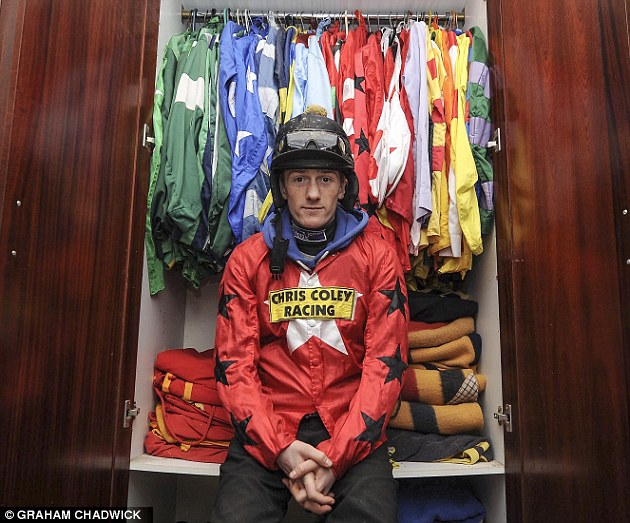 If the hot four favourites trained by Willie Mullins and ridden by Ruby Walsh all win on Tuesday, bookmakers claim they could be facing their worst day since Frankie Dettori’s Magnificent Seven at Ascot in 1996, which cost them £40million.

The Irish duo struck twice on opening day last year and team up this time with Douvan in the Supreme Novices’ Hurdle, Un De Sceaux in the Arkle Chase, Faugheen in the Champion Hurdle and Annie Power in the OLBG Mares’ Hurdle.

Coral’s Dave Stevens said: ‘If all four win it will be our worst day in Festival history. They are bound to be popular and linked in accumulators.’

Sam says: ‘There are loads of different opinions and I’d love to know what the answer is. I have watched the video hundreds of times.

‘It is one of the hardest things I have had to deal with. I had run the race scenario through my head so many times and that was the only one I had not thought of.

‘I was prepared for anything else — to finish second or even to fall off. To see him finish as strongly as he did, if things had gone his way he could have won. Luckily, the owners were very kind. They did not make me hang around (in the unsaddling enclosure) afterwards. We talked about what had happened on another day.

‘I just wanted to sit down and put a towel over my head in the weighing room.

‘The only certainty is that I am now able to deal with defeat and disappointment better than I was. That is the experience of growing up.’

Since last year’s Champion Hurdle, The New One has won all of his five races, four of them this season. He gained plaudits for his impressive victory in Cheltenham’s International Hurdle in December but was less impressive when being forced to dig deeper than expected by Bertimont in his final prep at Haydock.

But Sam says that is not a concern, adding: ‘I wouldn’t say we have drawn a line through Haydock because we learned that he doesn’t want heavy ground. He would not run on it that bad again.

‘We also learned when things are not going right he is able to win from a bad situation. We now know if it was a dogfight in the Champion he could cope. I loved his performance in the International Hurdle. It was spectacular. He jumped the last upsides and put four lengths between him and Vaniteux.’ 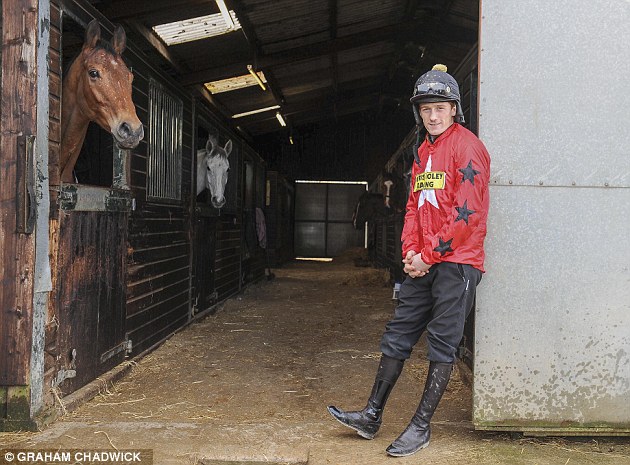 Victory on Tuesday afternoon would be made even more satisfying given the familial nature of the challenge.

Since last year’s meeting, Sam, whose two Festival winners include The New One in the 2013 Neptune Investment Novices’ Hurdle, has been appointed stable jockey to champion trainer Paul Nicholls, the best job in jump racing.

It means a string of good rides lined up this week, including Vibrato Valtat in this afternoon’s Arkle Trophy and Saphir Du Rheu in Thursday’s World Hurdle.

But he admits he does not know if he would have accepted such riding riches had he been made to leave the star in his father’s stable behind. ‘It’s a very interesting question and I could not give an answer,’ Sam says. ‘I have been lucky to win a lot of big races but The New One is spectacular — one of the best I have ever ridden.

‘He is massive. Dad’s big chance of the week. To do it as a family would be a dream. He goes there in good form.

‘I just hope last year wasn’t supposed to be his year.’

Sam Twiston-Davies leading home charge to repel the Irish raiders... The New One can upset rivals for top prize

Read Sam Twiston-Davies leading home charge to repel the Irish raiders... The New One can upset rivals for top prize by Daily Mail