Many curious animals can be found on the Indonesian Island of Sulawesi—such as the deer-hog and the midget buffalo. But the island's tropical forests hide a diversity of tiny insects that still remains largely unexplored. Museum scientists from Indonesia and Germany have just discovered 28 new species of beetles, all belonging to the weevil genus Trigonopterus.

Most of the new species were collected by Raden Pramesa Narakusumo, curator of beetles at the Museum Zoologicum Bogoriense, from two localities of Central Sulawesi Province: Mt. Dako and Mt. Pompangeo. In fact, the forests on their slopes had never been searched for small weevils before.

His research partner, Alexander Riedel of the Natural History Museum Karlsruhe, had been studying this genus for the past 15 years and was planning for a research trip to Papua New Guinea, when the COVID-19 pandemic hit. Finding himself grounded, he decided to work on the specimens from Sulawesi together with Narakusumo instead.

After diagnosing the new species, it was a challenge to find suitable names for them. One obvious choice was Trigonopterus corona, which reflects the large impact of the COVID-19 pandemic on this project. However, T. corona is by far not the first insect species with a pandemic-inspired name. In the last year, we've seen the species descriptions of the caddisfly Potamophylax coronavirus and the wasps Stethantyx covida and Allorhogas quarentenus.

While some of the newly described species go by rather 'standard' names that derive from either the localities they have been collected from or their distinct characters, others were given a free pass to the Hall of Fame. Two of them were named after Indonesian movie characters (T. gundala and T. unyil), while T. ewok is another addition based on the Star Wars universe—perfectly in line with T. chewbacca, T. yoda and T.porg, all described between 2016 and 2019 by teams involving Riedel. The two-millimeter-long, rust-colored Trigonopterus ewok was found at 1900–2000 m on Mt Pompangeo, hiding among the leaf litter in the forest.

But how come the critters have remained overlooked for so long? Almost all of these beetles measure only 2-3 millimeters, while most entomologists have a preference for the larger and strikingly looking stag beetles or jewel beetles.

A second factor is the superficial resemblance of many species: they are most easily diagnosed by their DNA sequences. Besides the publication in the open-access journal ZooKeys, high-resolution photographs of each species were uploaded to the Species ID website, along with a short scientific description. This provides a face to the species name, an important prerequisite for future studies.

This is the duo's second published paper on Trigonopterus weevils from Sulawesi—the first one describing the whopping 103 new species from the area. Currently, the known Trigonopterus species on the island amount to 132, which is likely a mere fraction of the real diversity. The numerous mountains of Sulawesi have a distinct fauna of endemics that have evolved over the past millions of years, and these wingless, flightless weevils, highly isolated in their habitats, are a good example of this diversification. Their evolution is interwoven with the island´s geological history. Riedel wants to increase the number of sampled localities:

"Once we have enough locality coverage and understand the weevils' evolution, we can draw conclusions on the geological processes that formed the island of Sulawesi. This is a fascinating subject, because this island was formed by the fusion of different fragments millions of years ago." The new species thus fill an important gap required for solving the island´s geological puzzle.

For the Indonesian side, it is equally important to obtain an inventory of species: "A large percentage of Indonesian biodiversity is yet unknown and we need names and diagnoses of species, so we can use these in further studies on conservation and bioprospecting," says R. Pramesa Narakusumo. "Two of the newly described species came from our museum collection, and this underlines the importance of museums as a source for biological discoveries," he added.

With many more new species of this genus to be expected, it is a lucky coincidence that the number of Star Wars characters is equally long. May the Force be with these researchers!

Star Wars and Asterix characters amongst 103 beetles new to science from Sulawesi, Indonesia

Trigonopterus corona, the new species of tiny beetle named after the coronavirus

Read Trigonopterus corona, the new species of tiny beetle named after the coronavirus by Phys.org

Corona Doom 2.0: Carter Worth Warns That Vaccine-Maker Moderna May Have Further To Fall. What To Do If Youre Long.

Read Corona Doom 2.0: Carter Worth Warns That Vaccine-Maker Moderna May Have Further To Fall. What To Do If Youre Long. by Business Insider 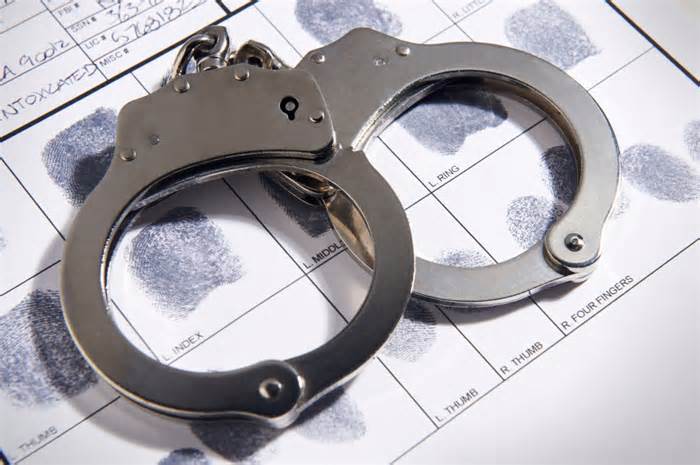 Corona student assaulted by man on bike, who then strips and makes lewd comments, police say

Third Wave of Corona In India: Experts Warn Against Complacency Ahead of Diwali | Deets Inside

Read Third Wave of Corona In India: Experts Warn Against Complacency Ahead of Diwali | Deets Inside by India.com